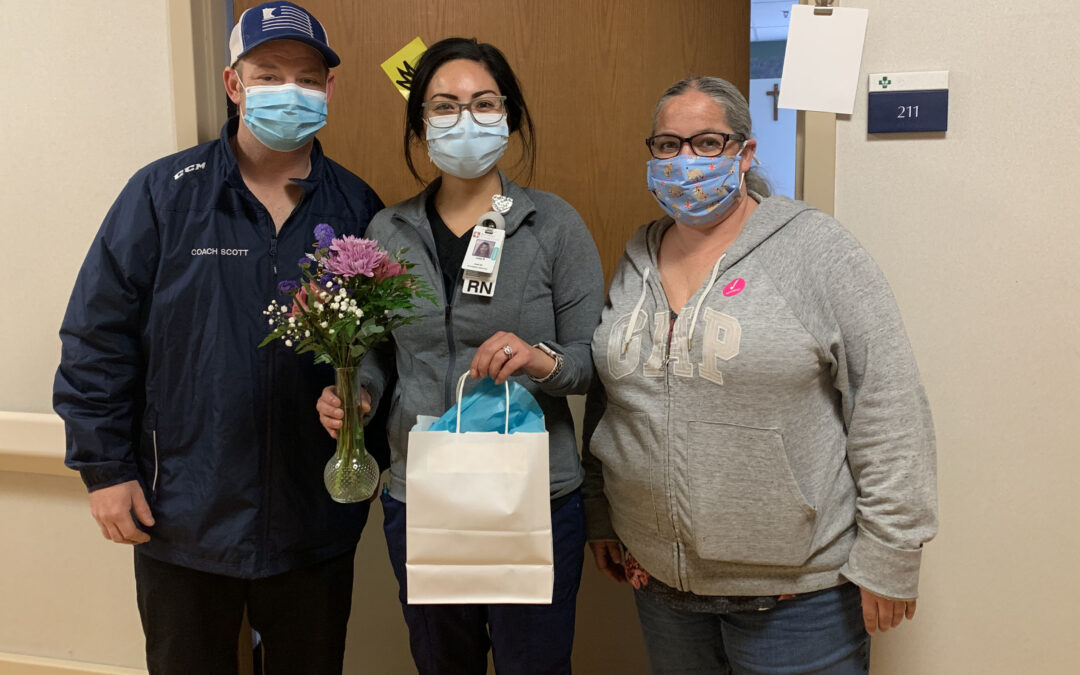 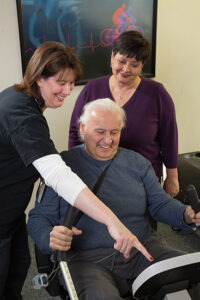 At 70 years old, Paul Hudson, Tonganoxie, Kan., has spent his share of time in Kansas City area hospitals. “Over the years, I’ve been hospitalized for knee and shoulder surgeries, but none of those experiences can hold a candle to my recent stay at Providence Medical Center,” Paul said.

On Oct. 20, 2016, Paul experienced a life-threatening heart attack. Even though he asked to be taken to another hospital, EMS told him his situation was life-threatening, taking him to the closest hospital for treatment.

“When the EMS team saw my EKG, they said, ‘You’re going to Providence.’ That was probably the best thing that ever happened to me,” Paul said.

Though Paul remembers little after arriving in the emergency room, his wife, Vickie, does.

“I wasn’t familiar with Providence, but the minute I came through the Emergency Room doors, they had someone escort me to the Cath Lab waiting room,” she said.

As the couple’s family arrived, Prashanth Katrapati, M.D., the board-certified cardiologist caring for Paul, came to the waiting area to speak to Vickie and Paul’s son.

“He told me that Paul had had a heart attacked called the widow maker,” Vickie said. “He didn’t sugar coat it. But he was caring and informative. He put me at ease and made me feel confident that they were taking good care of my husband.”

After surviving the heart attack and receiving two stents to keep his left anterior descending artery (LAD) open, Paul was taken to the hospital’s Cardiac Intensive Care Unit (CICU) where he remained sedated and on a ventilator for three days.

Vickie praised the staff for their attention to detail and their caring attitude while he was there. “It was difficult to see Paul on the ventilator,” Vickie said. “That first night I was afraid to leave him, but we have horses and I needed to go home and get them out of the pasture. Paul’s nurse assured me he was in good hands and that they would call if there was any need for me to come back that night.”

Though Paul was sedated, Vickie said the nursing staff continued to communicate with him, always explaining what they were doing and why. “I was really impressed by that,” Vickie said.

After four long days, Paul woke up, and was ready to be moved out of intensive care. He spent four more days hospitalized, and said everyone he came in contact with at Providence was “wonderful!”

“All of the nurses and nursing assistants always had smiles on their faces. They made me feel like they were just happy to be there with me,” he said.

Vickie said the staff not only helped her understand Paul’s medical condition, but took the time to answer her every question.

And, she even remembers the cafeteria cashier as warm and friendly. “She would make eye contact and ask me how I was doing. Little things like that mean so much. It was very comforting,” Vickie said.

By the end of October, Paul was released to finish recovering at home. He has now completed his cardiac rehabilitation at the Providence Cardiac Rehab Center and is taking care of the family’s horses and donkeys again.

After Paul’s experience at the hospital, the couple said they are switching all of their medical care to Providence. “I will be going to Providence from here on out!” Paul said. “Everyone there cared for me and about me.”

Vickie agreed and added, “I had no concerns whatsoever while Paul was in Providence. He was in great hands. I trusted they would do everything they could for him, and they did.”